Congratulations to our children who received the Body & Blood of Jesus for the first time! 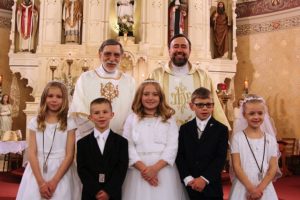 Congratulations to Jack Procaccini our parish’s 2017 recipient of the Hands of Christ Award!

The Hands of Christ Award is a recognition given to high school seniors in the Diocese of Rochester who have demonstrated a life of service, faith and Christian example in their parish, home and school communities.

For a complete list of 2017 recipient’s and additional information please see the article in the Catholic Courier Journal . 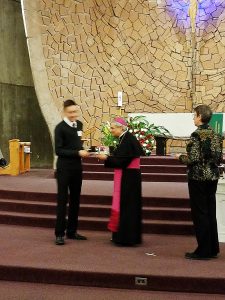 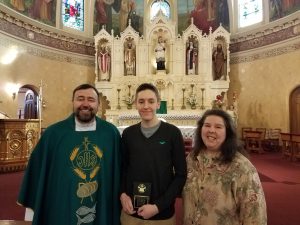 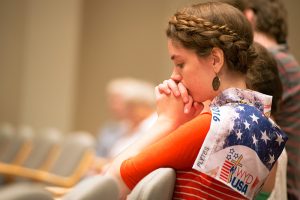 The presence and activity of God has always been at work among the people who have lived in the territory that is now called upstate western New York. The Spirit of God was at work among the Seneca, the Cayuga, and other native American peoples from the beginning of their time in this land. Jesus, the light of the nations, was proclaimed in this land during the seventeenth century by French Jesuit missionaries.

In 1789, Pope Pius VI established the first Roman Catholic diocese within the boundaries of the original United States at Baltimore. In 1808, the Diocese of Baltimore was divided into a number of other dioceses. The newly created Diocese of New York included all of New York State and the northern half of New Jersey. In 1847, the Diocese of Buffalo was created with Cayuga, Tompkins, and Tioga as its easternmost counties.

Not until 21 years later was the Diocese of Rochester established. Before then, many Catholic people migrated to upstate Western New York to seek their future. They lived their faith. They gathered to hear the Word of God and to celebrate the Eucharist. Parishes were established, often without a resident pastor.

Many of these Catholics gathered according to their ethnic background and language. The incoming waves of Catholic immigrants differed in their culture and customs from those people who were already settled as citizens of the new and expanding United States of America. How to preserve the faith of the Catholic immigrants? How to help them to establish themselves as productive citizens of the new nation? How to respond to those opposed to immigrants and to the Catholic Church? These were some of the issues facing the Catholic Church in the nineteenth century. 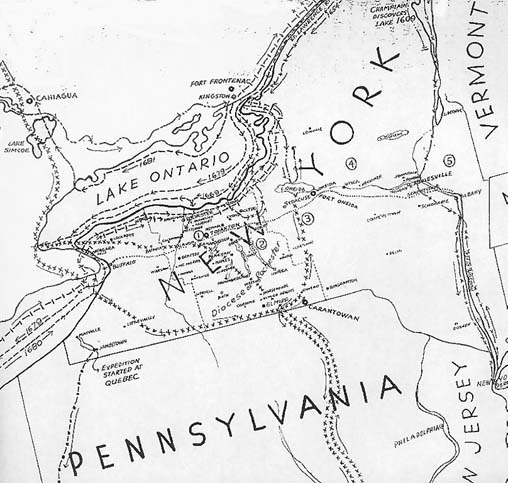